Well you may have noticed that I was not blogging in February. I was on a long travel back south (something like down under as the Australians say!). By now I am back to my base in Switzerland.

I have flown countless times until now. But I always find seeing the world from above fascinating! In most case I have no idea where exactly we are. I find that when the airlines show where we are is quite interesting. Nevertheless, this is not so common anymore I think. By myself I can assume our relative position only where there are islands around or big mountains.

I flew from the Athens International Airport to the EuroAirport Basel Mulhouse Freiburg. If the weather is good and my seat nice (which means far enough from the wing) I distinguish quite a few parts of the route from north or central Europe to the south or the other way around as this time:

If I reflect about it, I think the time I have spent in airports or airplanes or travelling towards an airport would amount to at least a month. It is usually time spent tediously and rather lost from other more interesting activities. How about sitting behind a baby crying during all the flight, or in front of a child that finds it fun to kick the back of your seat? And the people that put their seats back, bringing the seat in your face, thanks to the tight space of the rows? All of these have happened to me!

Yesterday I was flying from Zurich to Athens. The trip included more than an hour in the train to reach the airport, then about 2 hours till the flight (I was a bit too early in the airport; next time I won’t), then about 2.5 hours flight and in the end one whole hour until the luggage came out! My mood followed the plane itself: it was deteriorating while waiting for the flight, improved once the plane took off and deteriorated again while waiting for the luggage.

Nevertheless, I focus on the positive! There was a baby crying but it was far away! There was a child but it was in front of me! I had a window seat and the weather was beautiful, so I had brilliant views!

Look at the lake of Zurich! 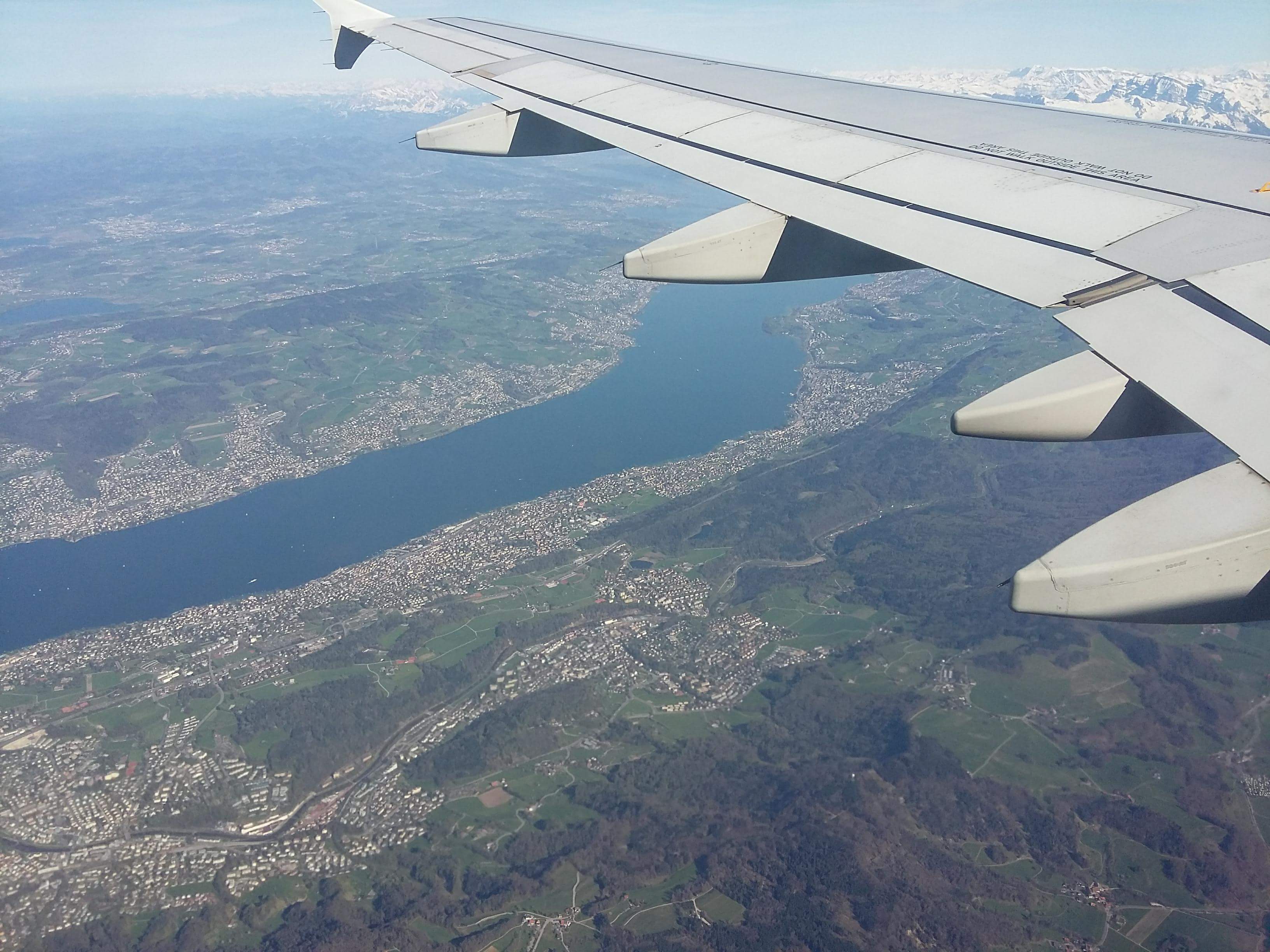 And then the Alps started. 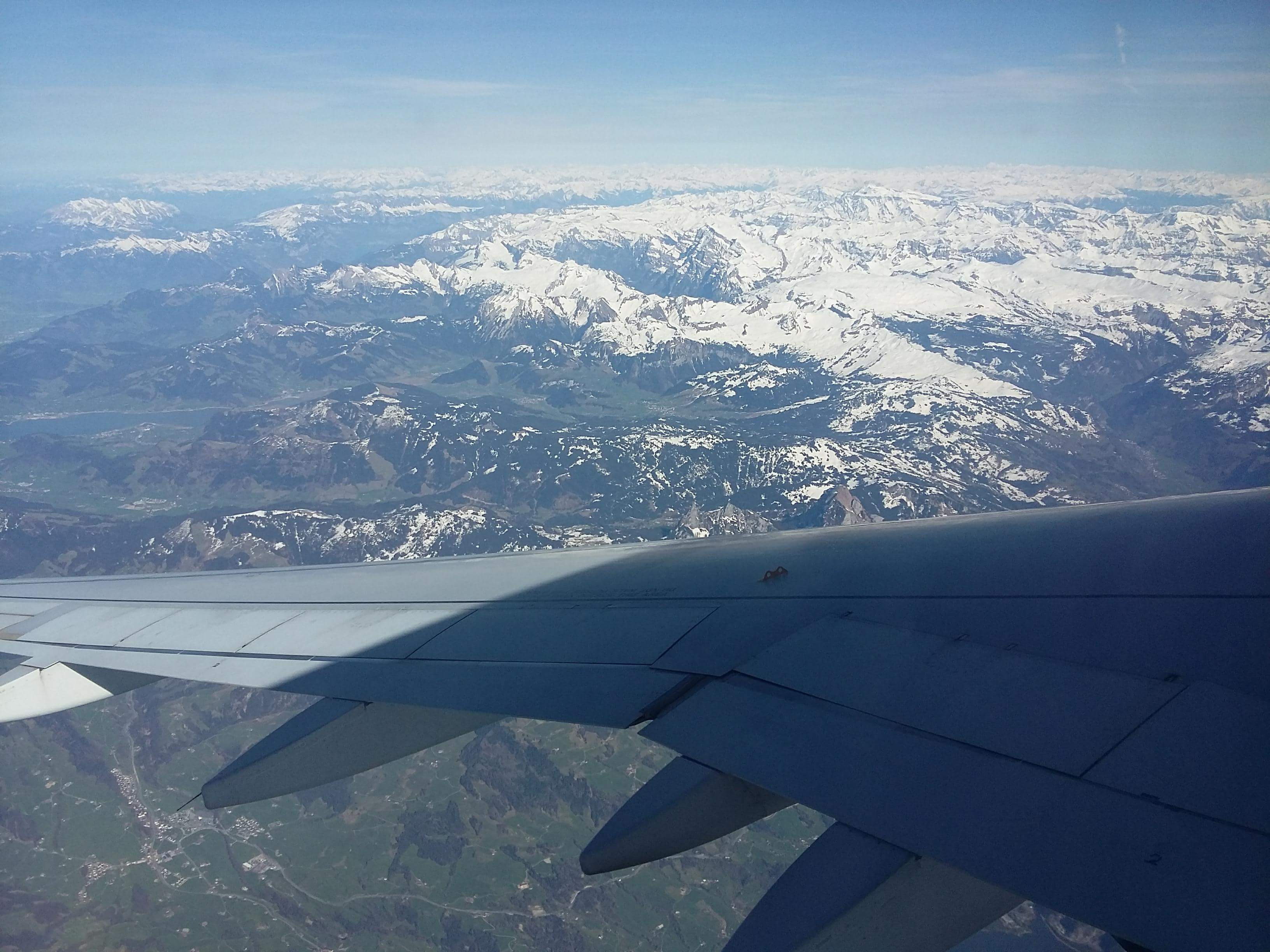 I always find them amazing, but when covered in snow they are magnificent! 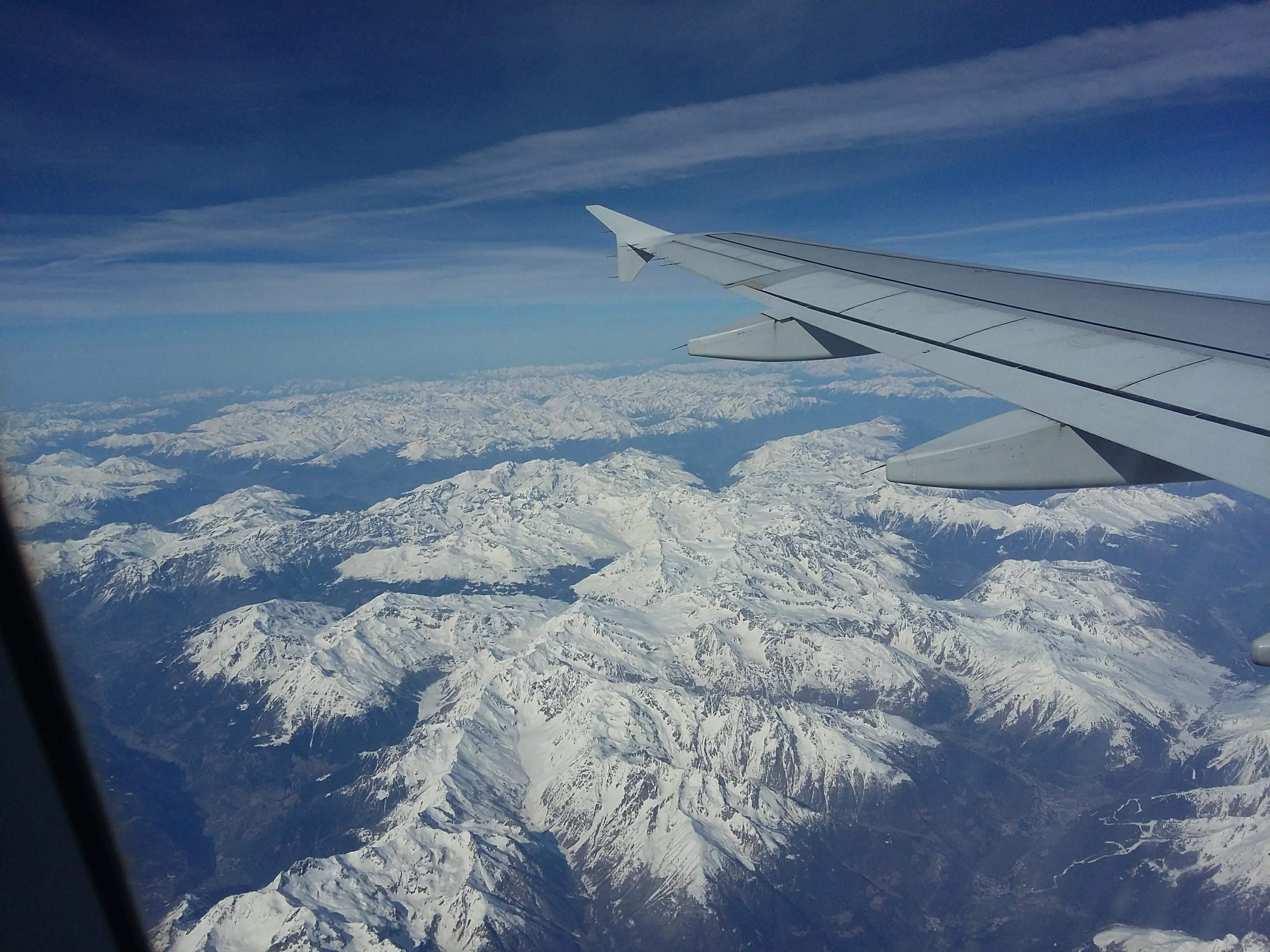 The views closer to Greece were not so clear, as there seemed to be dust in the air. But closer to landing, it cleared up and I managed to see the Isthmus of Corinth. It is a narrow land bridge that connects Peloponnese with the mainland. In 1893 a big canal was created, so as to save the ship the time to go around the Peloponnese. Unfortunately, I didn’t have time to make a photo of it myself, but the photo of the NASA Observatory is really what I saw!